Doherty's is a fourth generation family business, which is known locally as Fintan's shop. We are located in the centre of Carndonagh, which is a market town to the north of Inishowen, along the Wild Atlantic Way.

Doherty's was established during the 1940's as a confectionery and ice cream shop, with a restaurant attached. It was particularly famous for it's scoop which was made in-store every day.

The restaurant closed during the 1970's but the shop has continued on and is still famous for its Pink 'n' White soft ice cream and the multi award winning Morelli's scoop ice cream.

We have over 100 jars of traditional Irish sweets on display, weighed on the same scales that were used in the 1940's.

There is a large range of Irish made handcrafts also in - store including scented candles, Donegal soap, Mc Nutts of Donegal woolens and Donegal Pens.

The shop has retained it's original character, both inside and out. Of special interest is the beautiful terrazzo floor which was laid by Italian specialists in the 1940's. 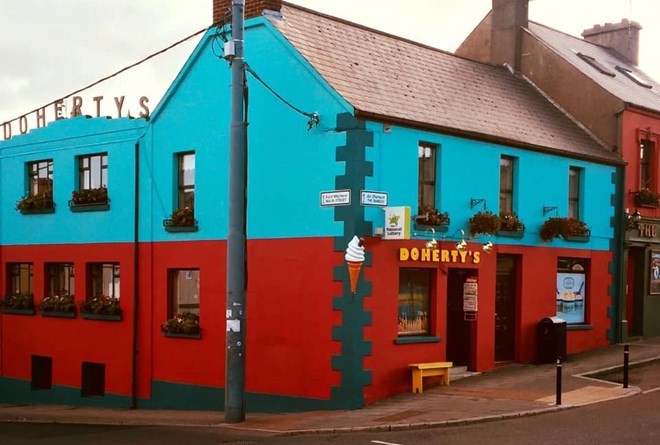