On May 19th – 21st, Gaoth Dobhair will host one of the world’s most distinguished innovation events. Innovators Under 35 Europe Festival which honouring young technology pioneers, is coming to Ireland for the first time with Donegal’s magnificent Gaeltacht region, the chosen location.

Gteic, Gaoth Dobhair’s Innovation and Digital Hub and An Chúirt Hotel will be the joint host locations welcoming Europe’s top young innovators to the region. The 2022 Festival features a new generation of creativities who aim to solve society's greatest challenges in a rapidly evolving, post pandemic world. Innovators Under 35 is an opportunity to take a look at not just where technology is now, but where it’s going and who’s taking it there.

The first 22 Nominations for 2022 have been announced and include Innovators from all parts of Europe. Among the global nominees is Becca Hume, Founder of TapSOS from Belfast, Northern Ireland. Her tech company designs produces and services for better inclusion. Becca was awarded the 2020-2021 Women in Innovation award through Innovate UK and during 2020 expanded the innovation for domestic abuse reporting, in response to the impact of COVID-19.

27-year-old Donegal native Owen McGirr is also nominated. The local man is an entrepreneur and software developer who created an iOS app called SayIt! This app allows people with limited speech to communicate by typing what they want to say and then speak it out using speech synthesis. Owen’s passion and inspiration for the app comes from the fact that he has Cerebral Palsy and uses SayIt! every day. He started working on the app in 2016 during his studies at ATU Donegal (formerly Letterkenny Institute of Technology).

In addition to showcasing the innovations, the event will highlight the Gaeltacht as a place increasingly being discovered by entrepreneurs, innovators, and investors, including the more than 175 anticipated attendees who will be invited to explore and experience the local area. 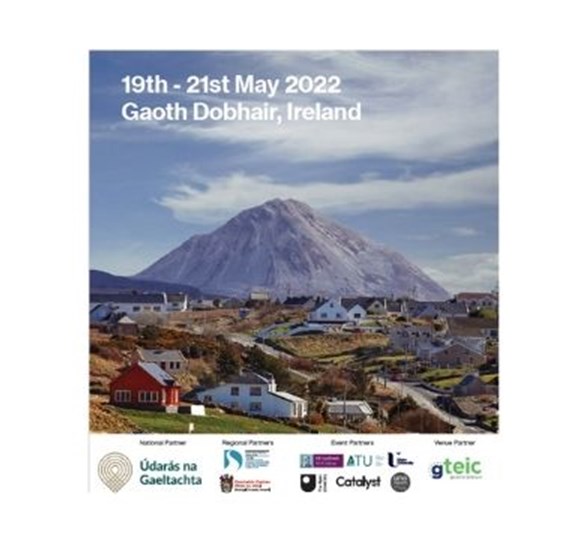