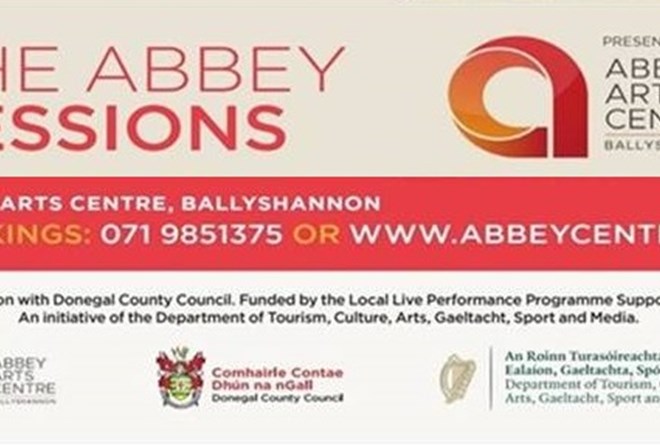 The Abbey Arts Centre, in association with Donegal County Council, is delighted to present a series of three very special concerts next week.

With a great store of songs, tunes and dances from the Donegal Gaeltacht and beyond in their repertoire – much of which has been derived from family sources such as the late, great Francie Mooney – an evening with Na Mooneys is an invitation to join a family celebration of all that is treasured in the Irish tradition.

A special night of music on fiddle, guitar and accordion, traditional singing and storytelling is in store, when these five artists come together to offer a unique insight into the vibrant traditions of their homeplace.

it’s the turn of The Henry Girls. Over the past ten years, the Inishowen trio – sisters Lorna, Karen and Joleen McLaughlin – have enthralled audiences all over Ireland, the UK, Europe, Scandinavia and the US, with their unique blend of Irish Traditional, Oldtime and Jazz music, and a quality of vocal harmonizing that only siblings appear able to aspire to. For this special concert at the Abbey Arts Centre, they will be also joined by regular musical collaborator, Glenties fiddle player, Denise Boyle.

Audiences on the night can expect to hear material from The Henrys’ many recordings to-date as well as from their brilliant recent tribute to the 1930s American vocal trio, The Boswell Sisters - forerunners of the better known Andrews Sisters and a big influence on The Henry Girls’ own singing style.