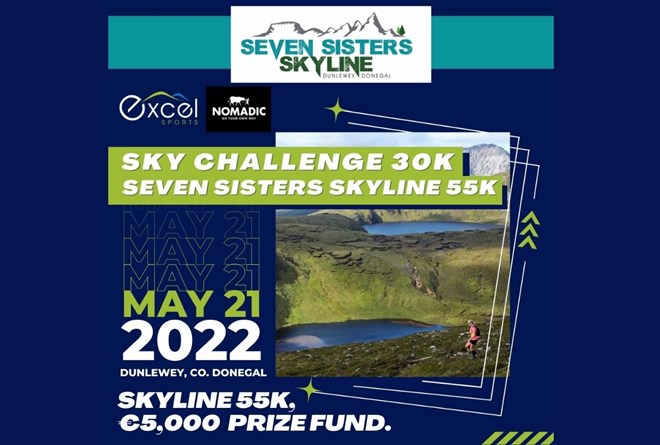 Organised by Excel Sports, this is the 5th Anniversary of the Seven Sisters Skyline Event.

The event race route runs along the top of all of the Seven Sisters in the Derryveagh mountains from Errigal to Muckish. The course is renowned for its variability in terrain and amazing beauty. The 55km with 4,000m ascent event is regarded as the toughest in Ireland.

The 2022 event is the 5th anniversary of the Skyline 55k, and the event organisers are offering a 5,000 Euro prize fund which will make this the most competitive event of its kind ever in Ireland.

We are now a WORLD CUP EVENT!

The Seven Sisters 30k has Silver Label status, and will be the first event in the 2022 World Mountain Running Association calendar.