Halloweeen Night at the Movies 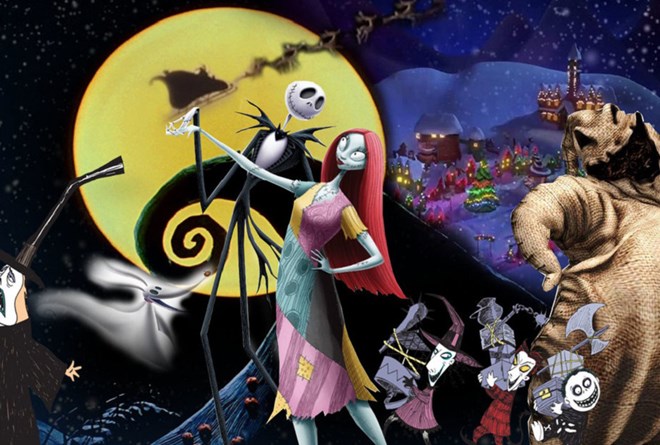 Spoooooooky night at Abbey Arts Centre. Come in Fancy Dress to our Halloween Night at the Movies. Prizes for best dressed Costumes!

A NIGHTMARE BEFORE CHRISTMAS 5pm €6 ticket

Can Christmas be saved? Bored with the same old scare-and-scream routine, Jack Skellington, the Pumpkin King of Halloween Town, longs to spread the joy of Christmas. But his merry mission puts Santa in jeopardy and creates a nightmare for good little boys and girls everywhere!

What's a Yuppie ghost couple (Geena Davis and Alec Baldwin) to do when their quaint New England home is overrun by trendy New Yorkers? Hire a freelance bio-exorcist; to spook the intruders, of course. But they unwittingly ask for help from a demonic wraith (Michael Keaton) they cannot control, in this comic fantasy that mixes the quick and the dead with a laugh and a fright. Winona Ryder, Catherine O'Hara, Jeffrey Jones and Sylvia Sidney share starring honors along with wondrous production design, Harry Belafonte soundtrack tunes and Oscar - winning Best Makeup.

The Music of ABBA